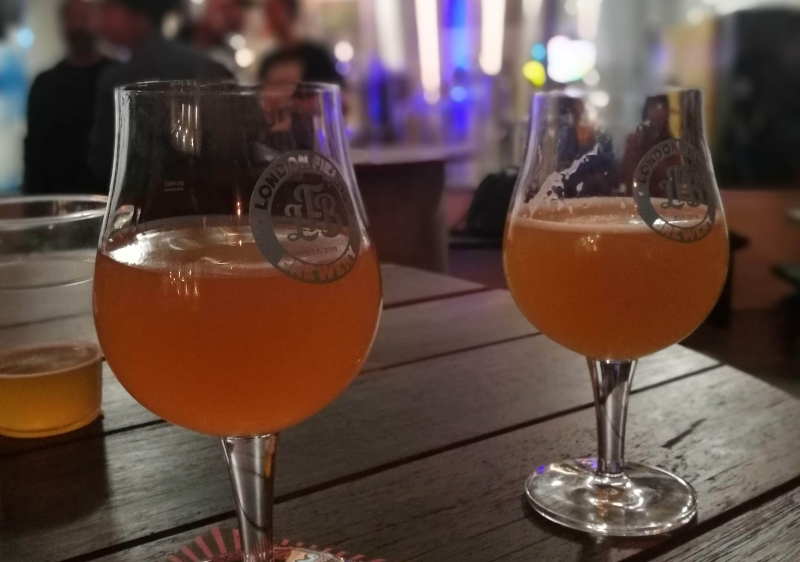 [NB: This is a embarrassingly late write-up – the launch was in early September. Never let it be said that I have my finger on the pulse]

After a steady refurbishment of the original site, London Fields Brewery decided it was ready to show itself off to the wider world and held a big do in the done-up taproom and brewery. I was rather curious about this relaunch, as the brewery was barely five hundred yards from my now-wife’s flat when we first started dating, and in those early days I dragged her there to see if I could persuade her of beer’s merits. So, with a mix of curiosity and nostalgia, off we trooped. END_OF_DOCUMENT_TOKEN_TO_BE_REPLACED

Apparently the fruits of a visit from Brooklyn Brewery‘s brewmaster Garrett Oliver taking a trip West, when he was in the UK a few months ago, this is a 5.2% dry-hopped sour brewed at Lost And Grounded. My experience of the main Brooklyn range tends more to technical solidity rather than jaw-dropping virtuosity, but Oliver is always interesting and their Bel-Air sour was an unexpected stand-out when I was in New York a year or two back. Lost and Grounded have a similar focus on process, unsurprising given the Little Creatures and Camden pedigree of co-founder Alex Troncoso, albeit aimed slightly more at German and Belgian styles. With the Bel-Air in mind, and both parties’ history of putting out dialled-in beers, I was very happy that a can fell into my lap.*

END_OF_DOCUMENT_TOKEN_TO_BE_REPLACED

Well, clearly you knock it back by the shot at a good friend’s wedding to a wonderful Slovakian as you stay up celebrating until gone 5am. To do otherwise would be rude after all, owing to the father of the bride having made a goodly quantity out of fruit on his own land to give out as wedding favours.

END_OF_DOCUMENT_TOKEN_TO_BE_REPLACED 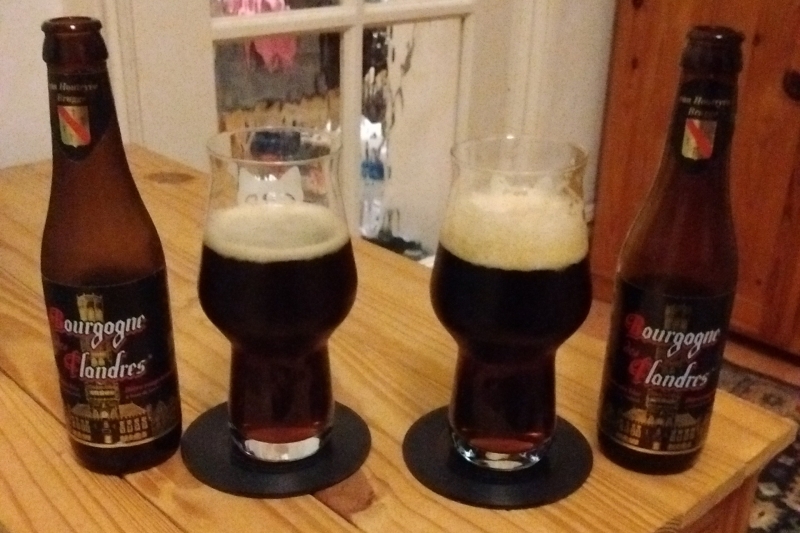 Having been to Belgium the last two Novembers and being a greedy person, I’ve a few (not enough) beers stashed away that I thought would benefit, or at least cope, with aging. Amongst them are some Bourgogne Des Flandres, a Flemish red brewed (at least in part) in a magnificent building in the heart of Bruges. It doesn’t seem to be as storied as Duchesse de Bourgogne or Rodenbach and I’ve never seen it around in the UK, but I’ve found it an approachable, enjoyable example of the style.
END_OF_DOCUMENT_TOKEN_TO_BE_REPLACED

Lee at The Beer Shop London organised an informal bottle share last week, which was an excellent excuse to try some fine, fine beers, contributed by those who attended. While I’m sure you’d like to listen to me go on about how wonderful a load of beers we had that you couldn’t possibly obtain were, I’ll try to keep that to a minimum.